You are here Home > Ascension at Hereford Cathedral

A New Installation Dedicated to the SAS for Hereford Cathedral has been announced today.

A major new, internationally important artwork, dedicated to the Special Air Service is to be installed in Hereford Cathedral in the form of a magnificent sculpture and stained glass window.

The £1m project, funded through donations by the SAS Regimental Association and due to be completed in April 2017, will be a modern focus for reflection, pilgrimage and worship in the 1,300 year-old Cathedral, which houses the world-famous Mappa Mundi and Chained Library. 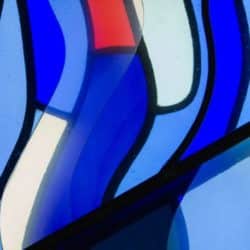 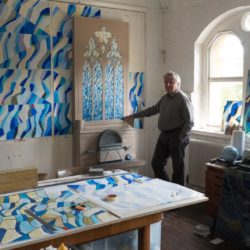 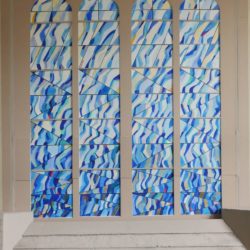 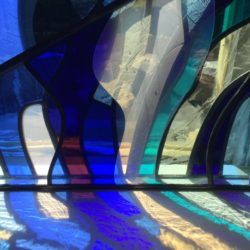 Called ‘Ascension’, the installation has been created by the world-renowned, Royal Academy sculptor, John Maine and has been two years in the making. The nine-metre high installation includes 3,000 pieces of European glass in 40 different colours.  The parallax glazing, which creates breathtaking movement and depth to the window, is being assembled by architectural glass specialists Derix, in their studios near Wiesbaden, in Germany.  The stone sculpture will be carved from Brazilian blue syenite, golden sandstone from Clashach Quarry, near Elgin in Scotland and black Tournai marble from Belgium.

The base of the sculpture includes the famous SAS motto of Who Dares Wins, together with the SAS regimental badge.  A line of poetry engraved in the marble, ‘Always A Little Further’, has been used by the SAS since the 1960s.  The line is from the poem, The Golden Road to Samarkand by James Elroy Flecker.

The Dean of Hereford Cathedral, the Very Reverend Michael Tavinor, said: ‘‘Ascension’ will be one of the most important pieces of new Cathedral art in the world. Its bold colours and inspirational message will be a breathtaking addition to our historic Cathedral and will mark the unique link between Hereford and the SAS.

‘We hope that ‘Ascension’ will become a focal point for worship, thanksgiving and homecomings as well as providing an awe-inspiring space for contemplation and prayer for all visitors to the Cathedral.’

Artist John Maine described his inspiration for the artwork: ‘The starting point for me was the nave of Hereford Cathedral.  Light streams in from the south-facing window and the wall below is cast into darkness by contrast.  The physical challenge was to create unity between these diverse elements.

‘This called for a robust response to the brief, which avoided rhetoric and bombast.  I wanted to concentrate on an uplifting energy, hence the title ‘Ascension’.  The work ascends from the still contemplative stonework through a progression in the window, from darkness to light.’

Maine continued: ‘I hoped to create a place of stillness in the Cathedral, where soldiers and their families could pause and contemplate.  The work should also inspire and offer a sense of resolution.

‘I found the combination of stone and glass very stimulating and this has opened up a whole new world of creativity for me.’

Colonel Rupert Prichard, president of the SAS Regimental Association, said: ‘We are proud to be able to commission such a striking and thought-provoking piece of art for Hereford Cathedral. We believe that ‘Ascension’ will become an important place for soldiers, their families and their children, and the wider community who support the SAS.

‘The heritage of our regiment has strong ties with the people of Hereford and ‘Ascension’ is for the entire SAS family. It is also our hope that it will become an important global place of pilgrimage. The stillness of the stunning stonework and the bold blues and yellows of the stained glass, which rise from chaos to calm, create a truly spectacular and deeply moving tribute to the SAS and all that the Regiment represents.’

Members of the public are invited to be part of ‘Ascension’ by making donations via the SAS Regimental Association or Hereford Cathedral. Details of how to donate are at www.sasmemorial.co.uk and www.herefordcathedral.org/SASmemorial