Taking in the market towns of Leominster and Kington, North Herefordshire’s unique 40 mile round trail of beautiful black and white villages oozes charm and history. Perfect to drive, cycle or even walk. With attractive streams and rivers, picture-book settlements, curious buildings, superb tearooms, pubs, restaurants, galleries and scenic views. The villages are as special today as when they first evolved. The beautiful black and white trail is one of our favourite things to do in Herefordshire. With a wonderful variety of characterful bed & breakfasts or holiday cottages dotted along the way, why not make a weekend of it.

A thriving hub of quintessentially English village life. You can follow Weobley’s Heritage Trail and uncover its Saxon origins including the ‘Throne’ a large 400-year-old building. Here it is purported that King Charles I spent the night. Look out for the outstanding Norman church whose spire can be seen for miles around. Or seek out the distinctive magpie sculpture ‘Magnus’ by renowned artist Walenty Pytel which sits in the middle of the village. You’ll receive a warm welcome in the village tearoom, restaurants and pubs too. Plus there are various cycle routes and walks to enjoy straight from the village centre. 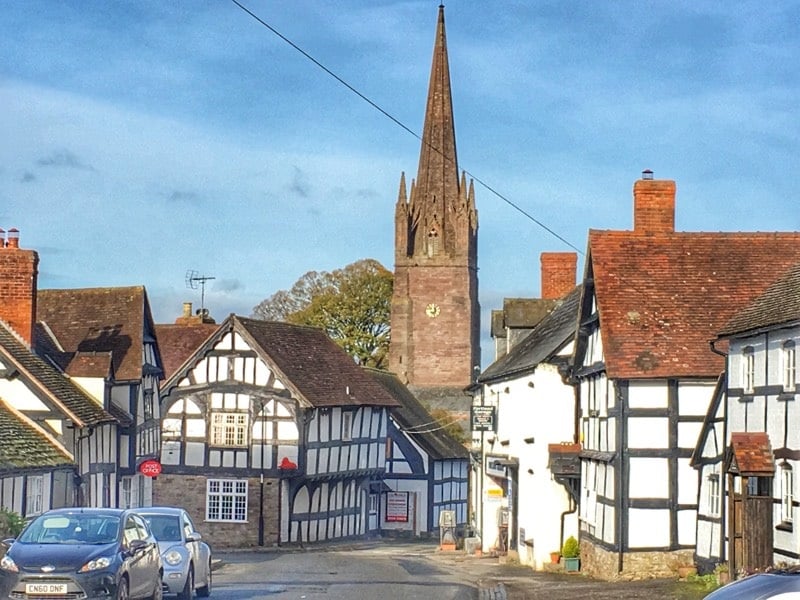 Apparently Anglo Saxon for ‘a hidden place’ shy Dilwyn is designated as a conservation area for its many historic buildings and interesting features. The 12C village church of St Mary has the only surviving effigy; a knight from circa 1320. A pretty country village with beautiful old buildings and a welcoming community pub.

Pembridge is described as the jewel in the crown of the Black and White Village Trail. Occupied before Magna Carta every street contains attractive medieval buildings. It’s so beautiful, it was no surprise when it was a contender for Penelope Keith’s Village of the Year 2018. Look out for Old Chapel Gallery’s regular exhibitions proudly showcasing work from British makers. With Westonbury Mill Water Gardens nearby too which is home to the largest cuckoo clock in England!

Sarnesfield St Mary is an ancient parish. The churchyard contains the grave of John Abel, Charles I King’s carpenter, the builder of Grange Court (Leominster) and many other Herefordshire buildings. 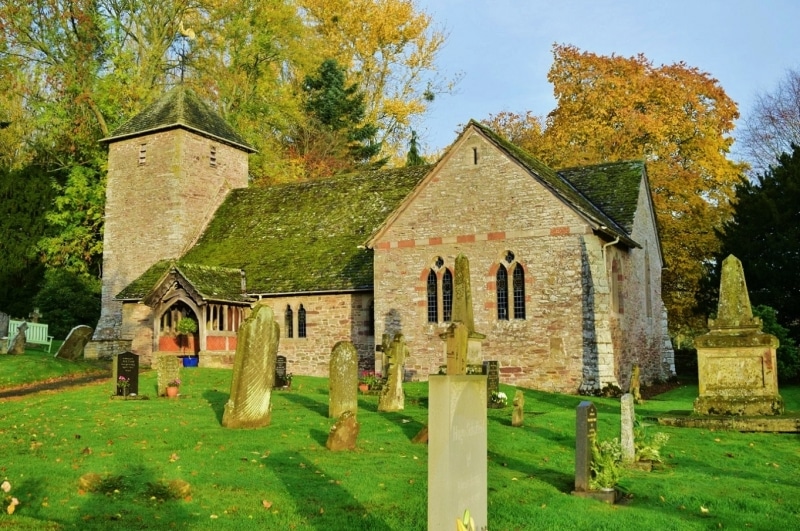 Residing on the banks of the River Arrow Eardisland is described as one of the prettiest villages in Herefordshire. With its many fine black and white buildings and its late 17C dovecote which contains over 900 nesting alcoves in the upper story. Eardisland grew around a castle which has long since vanished. Although the great moated mound where the castle once stood can still be seen. Look out for Staik House which was built around 1300 as a Yeoman’s Hall and which still has many of its original windows and doors still intact to this day. 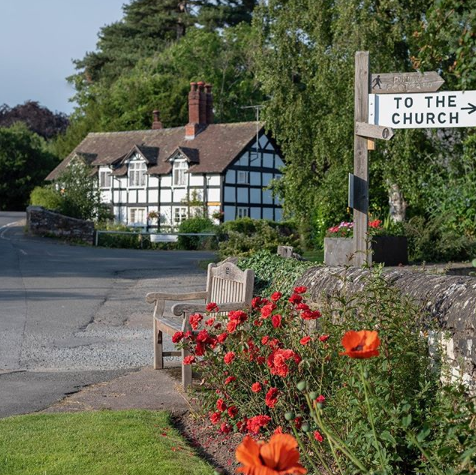 Most noted for its Castle, a Norman fortress later rebuilt as an Elizabethan manor house by the powerful Vaughan family. Kinnersley’s impressive church with its distinctive saddle back tower sits alongside the castle and houses an interesting collection of antiquities. 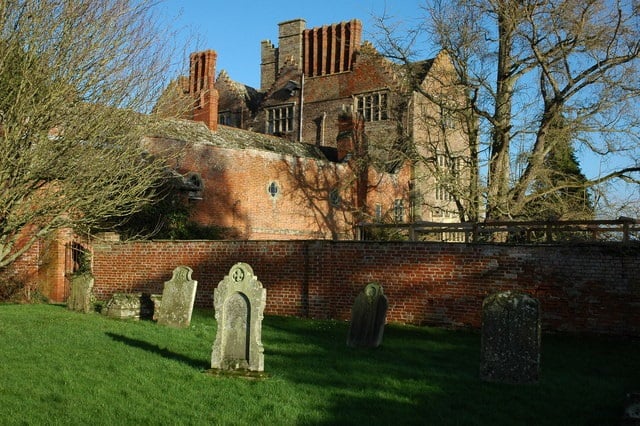 Set along one long highway. The quaint timbered cottages and gardens have some dating back to the 14C. In the centre is Tram Square. Which in times gone by was part of the horse-drawn tramway from Brecon to Kington which ran through Eardisley from 1818 until the coming of the railway. Look out too for St Mary’s church which contains a wonderful font of c.1150, decorated in the Herefordshire style of Romanesque carving. 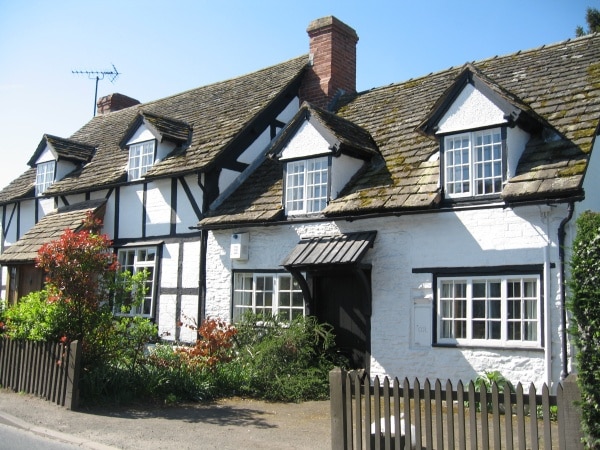 Lyonshall was listed in the Domesday Book. It was seen as a strategic site on the border with Wales for William the Conqueror’s occupying forces. Look out for the striking church of St Michael & All Angels which is set up high overlooking the village. Sitting alongside are the ruins of the moated castle which are now in private ownership. 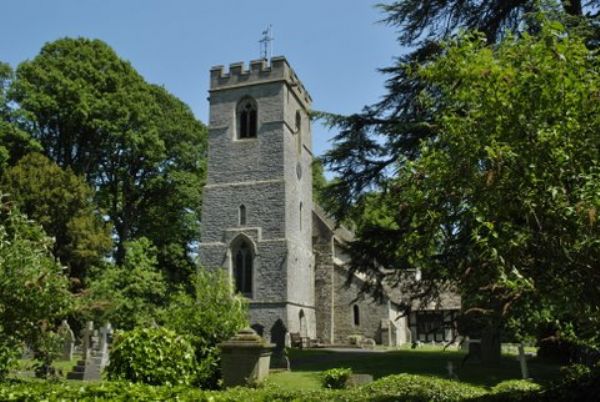 It’s a wonderful trail that will take you on a journey down sweet country lanes through pretty countryside with spectacular views leading to some amazing historic villages.

We hope you enjoy the beautiful black and white trail in our gorgeous county.

Find out more about Herefordshire. 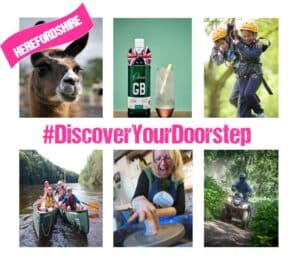 View all posts by Kerry Gibson-Yates →