BRICKS IN THE STICKS – A FARMER’S INSPIRATION

A retired arable farmer is realising his life-long ambition to bring world-renowned art to rural audiences, with an international summer exhibition at his own gallery, in the heart of the Herefordshire countryside. 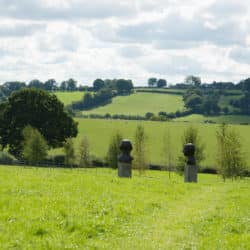 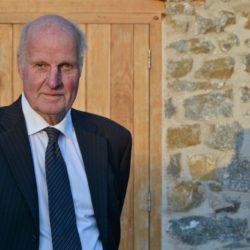 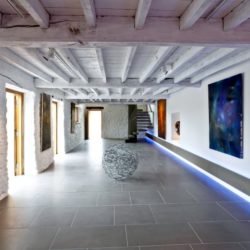 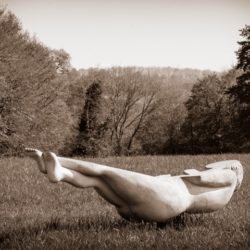 Rocking Lady by A Conner

Former farmer Stephen Dale began his life-long love affair with contemporary art when he made his first-ever visit to an art gallery whilst being treated for leukaemia in the 1970s, and later decided to set up the Canwood Gallery and Sculpture Park on the remainder of his land, to fulfil his mission to bring art ‘into the sticks’.

It was Carl Andre’s controversial work at the Tate in the 1976, Equivalent V111, better known by its nickname the ‘Bricks’, which provided the original inspiration for the gallery. Now, more than 45 years later, a host of leading international artists and private collectors have loaned artworks for this first summer exhibition, inspired by Stephen’s extraordinary story.

Having been diagnosed with advanced leukaemia in his 30’s, gallery-owner Stephen was accepted on an experimental treatment programme at Barts Hospital in London. Down to six stone in weight and not optimistic about his chances of survival, he read about the controversy surrounding Carl Andre’s work at the Tate and decided, as it might be his last outing from the hospital, he had to see what all the fuss was about.

This inaugural visit to an art gallery was a pivotal moment for him. It stimulated a life-long passion for art and sowed the seeds of a dream to open a gallery in rural Herefordshire so that other local people who may not have the opportunity to see contemporary works could also be inspired by art.

When Stephen eventually retired, he sold most of his land and invested the proceeds into creating a beautiful gallery and sculpture park where he lives. The whole project has been self-funded and the Canwood Gallery comprises two beautifully-converted old farm buildings, which have been used previously as a hop kiln, cow shed, stables and tractor shed, together with a sculpture park on his remaining 10 acres of land.

“That visit to see the ‘bricks’ made such an impression on me that it stayed for the rest of my life and inspired me to visit numerous galleries over the years. But I thought why do I have to go all the way to London or other major cities to see the best art – why can’t it come here? And that started a dream to create something special here, which I’ve finally begun to realise now that I’m not working 12 hours a day at the farm,” explains Stephen.

“I’ve been amazed that so many artists are prepared to support me in this venture by loaning their art and there’s such a mix of remarkable works in our first summer exhibition that I hope at least one will inspire our visitors with the power of art in the same way I was all those years ago.”

A host of contemporary artists from across the globe have been inspired to loan artworks for the exhibition and many will be providing an insight into what inspires their own work.

Fittingly, visitors will be able to see a version of Carl Andre’s Bricks called Isoclast 07, which was purchased at auction for the gallery by Stephen. When the original artwork was put on display by the Tate in 1976, it generated massive debate about the nature of contemporary art and is one of the best-known works of modern art in the Tate Collection.

In the summer exhibition, there will also be a chance to see work by Henri Matisse, which is only on show from the 1st July – 14th July.