You are here Home > Celebrating the World of Cider

Celebrating the World of Cider

Hereford Cider Museum is hosting their annual International Cider and Perry competition this week where they will be celebrating the wonderful world of cider. 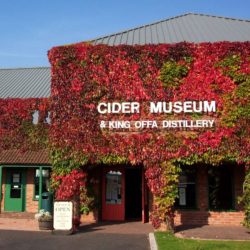 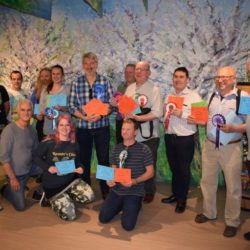 Cider and Perry have grown in popularity across the world over the last few years particularly in places like America and some of our wonderful Herefordshire cider producers are now shipping their amazing products out to countries such as Russia, Sweden, America and Canada.

We’ve been informed that this year’s competition has over 200 entries from the UK, Poland, Germany, France and America. How exciting is that?

Apparently the first overall champion award was in the shape of a wooden costrel, but for some years now a silver trophy has been given, and has recently ventured as far as America when Angry Orchard won the competition in 2017.

A crack team of four judges will work their way through the entries, which is not a job for the faint-hearted and involves lots of crackers and other ways to keep the palate clear!. This year the judges include cider makers and writers who are playing a part in the #rethinkcider movement: the educationalist Gabe Cook, better known as The Ciderologist; James Forbes of Little Pomona and current Chair of the Three Counties Cider and Perry Association; Helen Woodman of Greggs Pitt cider, and Andy Hallet, from Hallets Cider, Wales.

The aim of the competition has always been to raise standards by encouraging the best possible qualities in a variety of cider. Sometimes this leads to some David and Goliath-type wins, for relative newcomers and very small producers – indeed, overall champion in 2018 was won by a single variety cider put in by Henhope Cider, a new maker from Dormington, Herefordshire.

This is a great celebration of Herefordshire Cider and Perry heritage, we’ll let you know who wins the coveted accolade later in the week.

Click to find out more about Hereford Cider Museum