You are here Home > ESL AT ROYAL 3 COUNTIES SHOW

Celebrating the Royal Three Counties Show’s 60th year, Herefordshire was this year’s host county for this mammoth agricultural and family event and TeamESL flew the county’s flag loud and proud on the weekend of 14-16 June 2019.

Leading this year’s Hop into Herefordshire hub, Eat Sleep Live Herefordshire showcased our Members and the the amazing, yet often hidden locations for the finest food, accommodation and places to enjoy across the region on our big information stand by the main ring.

Plus there was lots more going on on our stand … 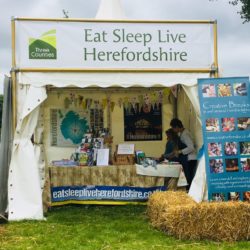 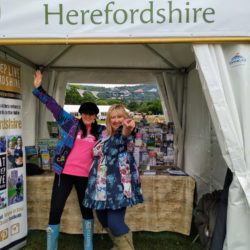 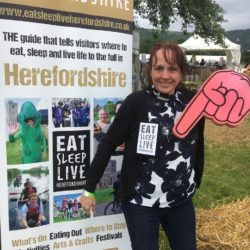 Have a go at the Potter’s Wheel with Eastnor Pottery’s flying potter Jon Williams.

Jane Raven, creator of Myrtle’s Kitchen, with a taste of her award-winning chutneys and preserves, so prized she has a unique range in Selfridges and Liberty!

Sunday – Skull-duggery in the Shire

A fascinating discovery of skulls by Herefordshire Wildlife Trust highlighted the county’s wildlife heritage and kept you guessing ‘can to tell what it is yet?’ 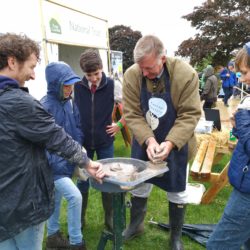 MP Bill Wiggins plays with the clay with Eastnor Pottery 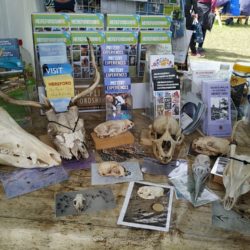 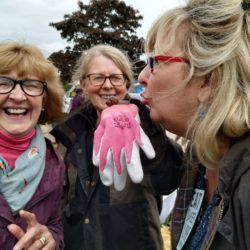 And our Managing Director, Heidi Chamberlain-Jones met lots of interesting people who all came to see the stand … 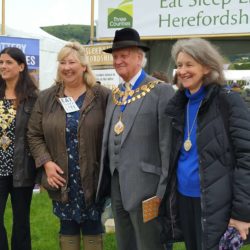 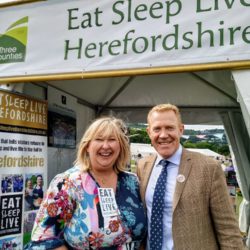 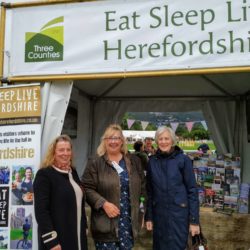 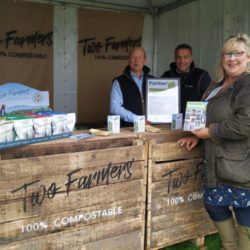 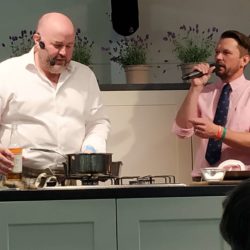 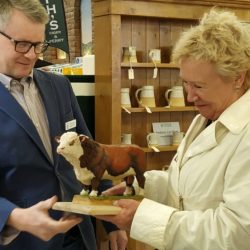 Helen Thomas of Westons Cider (this year’s Show President) received a special gift of a statue of their famous Hereford bull Ronaldo, made especially by Antony Halls of the Herefordshire Guild of Craftsmen to mark the guild’s 65 year association with the Royal Three Counties Show

…Plus Hereford College of Arts, Hereford Cathedral, NMITE, The Nest and more

Throughout the whole weekend there was a chance to win one of four amazing prizes in the Eat Sleep Live Herefordshire prize draw competition. From an exclusive llama trekking experience, an overnight stay in farm B&B heaven, to a pottery session for 2 or High Tea with Champagne at Castle House Hotel. 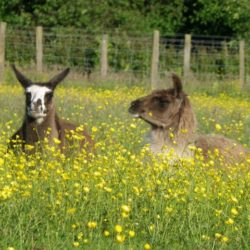 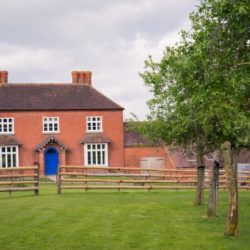 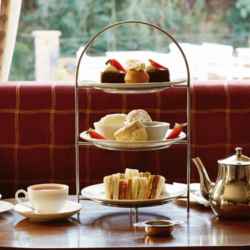 We’d especially like to thank our volunteer stand managers Juliet Williams from Lowe Farm B&B, Wendy Soullieux from Hereford Guild of Guides and Kevin & Carol from The Bowens B&B who were invaluable in their support and representation of Herefordshire on our stand throughout the weekend. 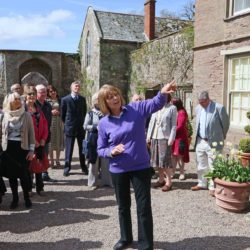 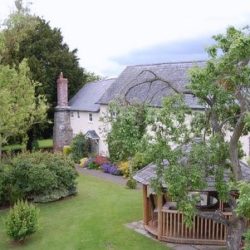