What's on / Choir Camp at Dunfield

Following the success of previous weekends with Sheila Ferguson, Kiki Dee and Peter Straker, Choir Camp is back for the fourth time, and returning to the idyllic Dunfield House.

Commencing on the Friday evening, a delicious buffet of home-cooked food will be served as we mingle and settle in. We’ll then sing a range of musical and vocal styles; conductor Matthew Jones is already writing six-part arrangements for the occasion. After some songs around the campfire and a nightcap or two, it’ll be ‘lights out’ before waking up to a full English breakfast, setting us up for a busy Saturday of music-making. There’ll be time during the day to take a swim or wander through the labyrinth. In the evening, we will don our glad rags and dance the night away, after a champagne reception and gala dinner! 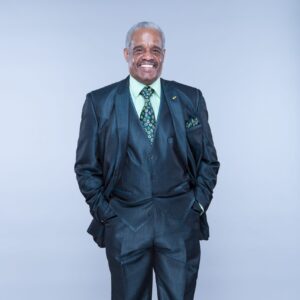 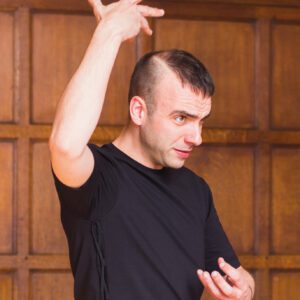 A Sunday roast will break up another day’s singing, culminating in a very special afternoon session with the inimitable Russell Thompkins, Jr. Lead singer emeritus of The Stylistics — the original and only one to have charted — Thompkins’ coy yet cutting falsetto on such transatlantic hits as ‘Can’t Give You Anything (but My Love)’, ‘Betcha by Golly, Wow’ and ‘You Make Me Feel Brand New’ was integral to the records’ iconic sound and contribution to Philly soul. Having provided the soundtrack to many an amorous encounter, the group’s 1971 single ‘Stop, Look, Listen (to Your Heart)’ was covered by Diana Ross & Marvin Gaye and used for the famous ‘granny pants’ scene in Bridget Jones’s Diary. Russell went solo in 2000 and later formed The New Stylistics. Duly complete with matching suits and slick moves, they ‘took to the float’ before throngs of fans in 2019 at America’s oldest Thanksgiving Day parade in their hometown of Philadelphia, and recently joined Beach Boys legend Brian Wilson on tour, continuing to delight audiences the world over.

A smaller crowd of local villagers will hear a run-through of our efforts, we’ll enjoy afternoon tea and say our goodbyes, until 2023. As far as Matthew’s concerned, there is no activity more inclusive than group singing, so whether you’re a complete beginner or seasoned professional, he invites you to join him in what promises to be yet another unforgettable experience.

Standing in some fifteen acres of rolling Welsh Border countryside, we have the exclusive run of the 19th-century mansion. Requisitioned during World War II for US forces, Dunfield House was a bolthole for Winston Churchill for high-level meetings and elaborate dinners. Nearby Hergest Ridge inspired Mike Oldfield’s 1974 album of the same name and, according to local folklore, the chilling legend surrounding its Court was drawn upon by Arthur Conan Doyle for his classic ‘The Hound of the Baskervilles’.

For more details or to to book your place contact: info@saintececile.co.uk or telephone 0121 401 1380