TheWeeping Window poppy sculpture will be free and open to the public, while a series of special events will be hosted at the cathedral and other venues as part of the Herefordshire Homefront campaign.

Hereford City will be the first location in 2018 to host this exhibit.

The presentations by 14-18 NOW, the UK’s arts programme for the First World War centenary, give people across the UK the chance to experience the impact of the ceramic poppy sculptures in a range of places of particular First World War resonance. The tour has been made possible by the Department for Digital, Culture, Media and Sport (DCMS), the Backstage Trust, the Clore Duffield Foundation and the National Lottery.

The men and women of Herefordshire made a huge contribution to the war effort, from the brave young men recruited into the Herefordshire Light Infantry – among them Allan Leonard Lewis who was awarded the Victoria Cross – to the Canary Girls who filled munition shells at the Rotherwas Munitions Factory, and the farmers who provided food for the country and the Front, as well as horses for the movement of soldiers and supplies. 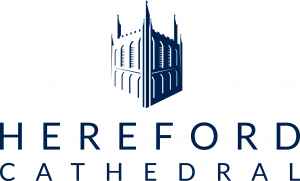