One of the largest travel shows on the tourism industry calendar, ESL was at the show for a second year to promote Herefordshire to the group travel industry and trip organisers, to bring more visitors into the county, boosting Herefordshire’s tourism economy. Their bright stand, abundant with leaflets, travel itineraries and ideas for holidays in Herefordshire, caught the eye of the glamorous beauty queen from Preston who reigns as Miss England until July 2017, and she chatted happily with the team of ESL staff and volunteers.

She then took away ESL’s new 80 page 2017 edition of their national Ultimate Herefordshire guide, which showcases the places to eat, sleep and live life to the full in the county for a holiday or daytrip. 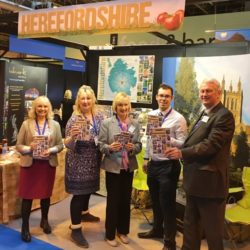 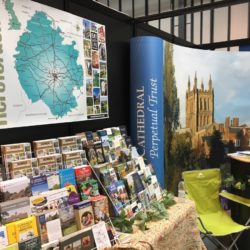 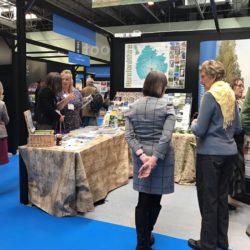 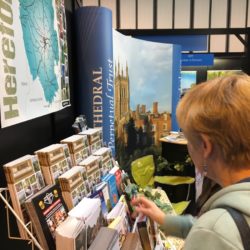 Attractions to the ESL Herefordshire stand included a competition to win an overnight stay at Hereford City’s luxury hotel Castle House, plus tours of the treasures of Hereford Cathedral and its gardens. A Herefordshire ‘goodie bag’ was given out to key travel contacts and press containing apple and pear juice from the Orgasmic Cider Co., Hereford Cathedral notecards and keepsakes, crab apple jelly from Hideaways in Hay, fire-lighting flamers from Certainly Wood, and stationary from Hereford College of Arts, plus Herefordshire travel suggestions and of course the Ultimate Herefordshire guide. 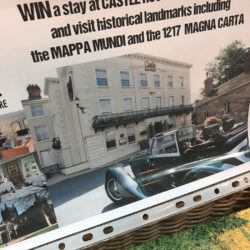 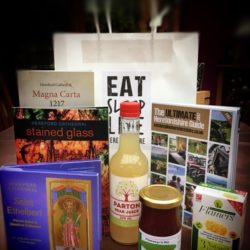 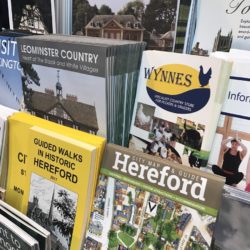 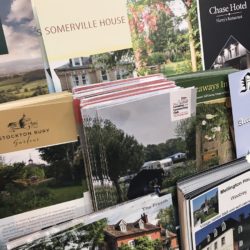 “We’ve had incredibly positive feedback from agents and travel organisers saying that they had no idea there was so much to do in Herefordshire” said ESL MD Heidi Chamberlain-Jones. “We will now continue to provide them with off-the-peg and bespoke itineraries and accommodation to bring them into the county, catering to their specific requirements.”

Providing a vast year round What’s On diary to the county and direct access to accommodation, food & drink, activities and more, Eat Sleep Live Herefordshire’s website, guides and promotions were noticed by Visit England and Visit Britain, and they have now become the area’s official destination marketing company to promote Herefordshire to national and international visitors.

“We launched just 18 months ago from scratch by demand from Herefordshire’s tourism community to deliver promotion of Herefordshire and tourism business support services” said Heidi. “We are delighted to now have almost 140 business members, which is growing daily, and to be achieving tangible awareness and visitor footflow to the county.”

Tourism brings in north of £450million per annum to Herefordshire’s economy and is the county’s second largest employment sector. Eat Sleep Live Herefordshire is committed to sustaining and developing that sector.