You are here Home > The History of Sin Eaters

The History of Sin Eaters

THE HISTORY OF SIN EATERS

Did you know that in the County of Hereford since the early 1600’s an old custom took place at family funerals? Grieving family members of the recently departed would call upon a sin-eater to rid their deceased loved one of their sins. So being a sin-eater was a rather odd profession but a very common one across the UK right up until the mid nineteenth century. Because it was not for everyone the role was usually reserved for the poor. Through a sin-eater ritual it was believed that the deceased would enter into heaven without any of the sins that they had accumulated throughout their lifetime.

So what did a sin eater do?

The belief was that if a piece of bread or pastry was placed on the chest or the face of the deceased, it would absorb all of their sins. So friends and family would gather around the deceased, drink beer, sing and mourn their passing.

The body would then be brought out of the house along with the loaf of bread or pastry, a tankard of beer and a sixpence. All of which were passed across the body to the sin-eater to devour the food and ale. This ritual was thought to enable the soul of the deceased to safely ascend to heaven.

Sin-eaters were seen to have a very necessary role. They were in fact shunned by their communities and forced to live in isolation. People feared these individuals who were willing to take over the sins of the dead. Because some thought their work was that of witchcraft or dark magic they would not look them in the eye for fear of bad luck befalling them.

Records show that the last known sin-eater died in Ratlinghope in 1906, his name was Richard Munslow. Strangely though unlike the vast majority of sin-eaters who usually came from poor families, Munslow was a respectable farmer and was thought to be wealthy.

Tales tell that Munslow took on the role of sin-eater as a kindness to his fellow villagers and community and to uphold an ancient tradition that had died out in the previous century.

It’s a real pleasure to dig out these history and folklore gems, we hope you like them as much as we do. 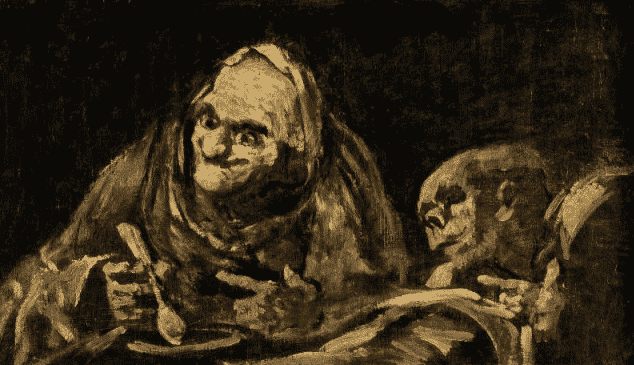