Hay-on-Wye, situated to the west of Hereford, boasts books, books and more books, but that’s not all! Situated on the border of England and Wales, it is a natural destination for anyone who chooses to visit Herefordshire.

Twinned with Redu in Libin, Belgium and Timbuktu, Mali, West Africa, Hay is certainly known as the ‘Town of Book’s’,  and is famous for its bookshops and the area’s now world famous Hay Festival; a literary event taking place at the end of May each year that has grown into a stalwart of the Herefordshire event calendar. 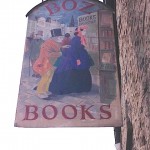 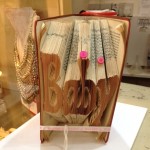 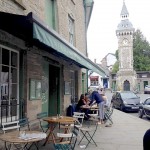 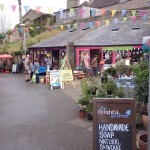 The festival, started in 1988 and attracts around 80,000 visitors, who delight in interviews, discussions and performances from some of the biggest literary names in the world, as well as a strong celebrity presence and media interest. Visitors shouldn’t underestimate the quintessential Britishness of this event though, through its heart runs a feeling of family and community, a love of the area, its food, its art and its people.

Building on the area’s success saw the arrival in 2010 of another festival, HowTheLightGetsIn, celebrating philosophy and music and billed as the world’s largest event of its kind. Running alongside Hay Festival and offering comedy, performance, film too, the two festivals complement each other and provide a wealth of choice to those who live or visit Herefordshire.

Where to stay in Hay-on-Wye is easy, there is plenty of accommodation to choose from including hotels, guest houses, B&B’s and cottages. For those who fancy a stay outdoors there are also some great camping and caravan sites. When it’s festival time it’s extra busy, with pop-up yurts, tents and accommodation fully booked – sometimes a year in advance!

Hay-on-Wye is not just all about books and festivals, it’s also about great pubs and inns and gorgeous food, often locally sourced and made, washed down with local ciders, ales and juices. It has something for everyone, steeped in history and boasting two Norman Castles, many walks, the River Wye and the Black Mountains; there is no time to be idle in Hay-on-Wye.

There are plenty of independent shops, a traditional weekly market, galleries, artists, cafes and antique shops to delight every taste and ensure that when you leave a part of you is forever Hay and you yearn to return time after time!

Overlooking the Black Mountains, Cabalva Estate is a traditional sheep, beef and perry pear farm situated in one of the most beautiful landscapes in Britain. For an unforgettable holiday in a unique holiday property you can choose between Mill Cottage, a delightful one bedroom house on the banks of the River Wye, and Cwm Pelved – a stunning six bedroom property with unrivalled views. Cwm Pelved is a lovingly restored six bedroom holiday home with exceptional entertaining space and unrivalled views of some of Britain’s most beautiful countryside. Enjoy total privacy and escape the noise (excepting the sheep in the field next door) in Cwm Pelved’s unique setting on a hillside accessed by its own private drive. There’s masses of space to relax and unwind. Choose between the large open plan kitchen with sofas and wood burning stove, the traditional living area with oak beams and piano, the big snug room with enormous working fireplace or the large conservatory with fabulous views down the valley. Bedrooms are at either end of the house making it ideal for two or more families to spend time together while having their own space. There’s a wide range of local activities for you to enjoy including […]

Self Catering Holidays Hay on Wye
Find out more

Chapters is a modern British restaurant located within the old meeting rooms of St John’s chapel in Hay-on-Wye. Hay is known around the world for its fantastic bookshops and literary festival, with the addition of great restaurants and being right on the Welsh/English border it is the perfect spot for a quick staycation. Open 4 evenings a week with seasonally changing set menus Chapters highlights what the local area has to offer by supporting many of the small independent food and drink producers that make the town great. After years in the industry chef owner Mark McHugo and partner Charmaine Blatchford combined their experiences of working in fine dining restaurants and have created the relaxed environment that they enjoy when eating out. The restaurant opened in July 2019 with the ongoing journey of sustainability at its core, for example the kitchen produces zero food waste, recycles all of its cooking oil and uses eco-friendly cleaning products. Throughout the year items are foraged, then pickled, fermented or preserved so you can enjoy the tastes of spring & summer through the cold winter months. Along with continuing the support of the fruit & veg suppliers in the area the aim of 2021 […]

By the Wye is a unique treetop glamping retreat, hidden in the woods on the edge of Hay on Wye. 5 tents, 4 sleep 5, 1 sleeps 2 Stays available  3 nights (Fri-Mon) and 4 nights (Mon-Fri) or 7 nights (Mon-Mon or Fri-Fri) Prices from £130 – £295 Facilities include: BBQ/ and firepits Kitchen with gas burner En-suite luxury Wood burner Off road free parking Family Friendly No-Smoking Dog Friendly Easy distance to local pub Local walking areas Linen, towels & toiletries included Tucked away in the heart of Hay on Wye, these safari tents offer you the perfect place to relax and unwind in style perched up above the forest floor. Guests can sit on their private deck as the River Wye runs past, taking in the marvellous views of the Brecon Beacons. The safari tents have been carefully positioned to ensure you are guaranteed plenty of privacy during your stay. Each tent combines the rustic, eco-friendly practicalities of a campsite, with super-comfy, stylish furnishings to guarantee you an enjoyable break. These tents offer friends, couples, and families the chance to enjoy the luxury of a boutique hotel with the comforts of home, all under canvas. Beautiful beds […]

Brobury House Garden is open every day, all year round. Set on the banks of The River Wye, the gardens offer an idyllic setting for this Victorian style terraced garden. The panoramic views of the surrounding Herefordshire countryside really complement the formal gardens. The magnificent trees give structure to the garden and showcase the original design providing a focal point for the gardens. The present owners, Keith and Pru Cartwright have been at Brobury since 2001 and have embarked on a programme of restoration and development in conjunction with their garden designer Peter Antonius. It is a garden for all seasons. whether you visit for the first flush of Spring blossom or the spectacular late Autumn blaze…and beyond into the pale light of Winter, there is always interest and beauty. There are three formal water features which have been intertwined into the original terraces – a bog garden has now been established at the bottom of the specimen tree walk and from this paths follow a stream through woodland, leading finally to the two acre water-meadow beyond. The most recent water feature is a Lutyens-inspired pool with steps and an ornamental arrangement of flower beds. Opening times: The gardens are […]

Gardens (Open all year round) Hay on Wye
Find out more

COVID-19 update – As the majority of weddings and receptions are booked well in advance, Brobury will continue to display the full range of services below. Whilst strictly adhering to Government Covid-19 legislation, hopefully the rules will continue to lessen as we all move forward. If you need advice please call Pru on 01981 500229. Your wedding at Brobury House in the heart of Herefordshire countryside will hold that special touch ensured by owners Pru and Keith Cartwright. Holding your wedding here will give you exclusive use of the stunning grounds and house. The exceptionally beautiful gardens and grounds, positioned high above the river Wye, provide the perfect setting for wonderful photographs of your wedding day. You will have exclusive use of the house and grounds. Brobury House is licensed for Civil Marriage Ceremonies seating up to 100 guests in the conservatory, up to a 70 guests in the drawing room. Wedding receptions for more than 40 people are marquee-based. Accommodation: B&B for up to 6 people in the main house and two holiday cottages sleep a further 8 people. You choose your caterer or marquee company. No charge for corkage. Experience and knowledge is on hand to direct you […]

Brobury House, gardens and two holiday rental cottages are set on the banks of the River Wye in Herefordshire near Bredwardine, Hay on Wye. Rose and Lilac Cottages are situated within the eight acres of Brobury House Gardens. They offer homely, secluded accommodation in peaceful surroundings. The cottages overlook the main lawn with a backdrop of mature trees. All eight acres of gardens are for your enjoyment during your stay. The cottages offer the perfect retreat for those wishing to enjoy the beautiful countryside of Herefordshire and the Welsh Marches.  Artists, Bibliophiles, Historians, Birdwatchers and Walkers will all find much to engage their interest in this idyllic rural environment set against the glorious backdrop of the River Wye. Each cosy cottage offers: A spacious kitchen with modern utility facilities Comfortable dining and living room facilities Open fires with free logs Two bedrooms, one double and one twin, sleeping four people Good size bathrooms with shower over bath and a second separate toilet Free wi-fi Lovely views across the lawns Available all year round for weekly letting. Short breaks are normally winter season only. Pets are welcome by arrangement. Please respect the current COVID distancing rules when visiting (minimum 2m separation)  Also […]

Self Catering Cottages Hay on Wye
Find out more