You are here Home > Cinema Buzz for Borderlines Film Festival 2018

Tickets for the 16th Borderlines Film Festival go on sale from 10am this Friday 19 January. The Festival will run from Friday 23 February to Sunday 11 March and take place in 25 venues across four counties on the English/Welsh borders: Herefordshire, Shropshire, Worcestershire (Malvern) and Powys.

Borderlines will comprise 257 screenings, a significant increase from 224 last year, with venues like Malvern Theatres, The Conquest Theatre in Bromyard and Presteigne Screen upping the number of shows they are putting on in true festival spirit. 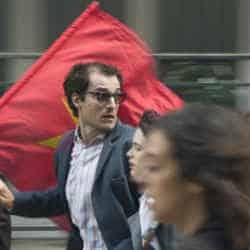 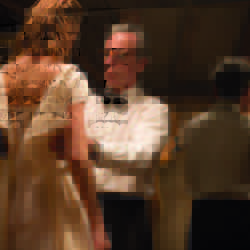 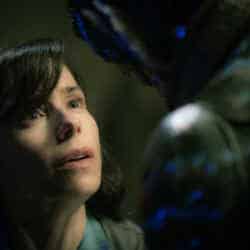 Sally Hawkins in The Shape of Water

The 76 film titles on offer include 30 previews, films showing to Borderlines audiences in advance of their UK cinema release. They range from the red-carpet reception, Opening Gala screening of the 2017 Cannes Palme d’Or winner, The Square, a savagely funny satire on the art world, and Sweet Country, aboriginal director Warwick Thornton’s magnificent follow up to Samson and Delilah, a western set in the Australian outback, to the re-release of Ingmar Bergman’s 1975 joyful and sublime version of The Magic Flute, one of the greatest screen operas ever made. 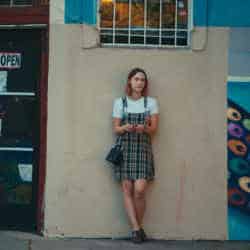 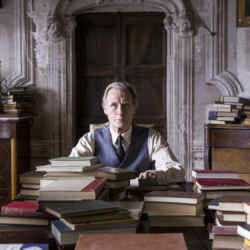 Bill Nightly in The Bookshop

Terry Notary in The Square

Borderlines is also delighted to announce four UK premieres: three of these, Free and Easy from China, The Gulls from Kalmykia, and Heavenly Nomadic from Kyrgyztan, come courtesy of partnership with Wales One World Film Festival in a strand inspired by the ancient trade network, the Silk Road, from China, through Mongolia and Central Asia to the Mediterranean.

The fourth premiere will be The Bookshop, a film adaptation of Penelope Fitzgerald’s 1998 novel, set in an English seaside town in the late fifties where a widow faces local opposition to the bookshop she plans to open. It stars Emily Mortimer and Bill Nighy, and the premiere aptly screens at Richard Booth’s Bookshop Cinema in Hay-on-Wye with additional screenings at Malvern and The Courtyard, Hereford.

Other special strands at Borderlines this year include new African cinema curated by Film Africa, the Royal African Society’s annual London-based film festival. This is bold and imaginative story-telling from Africa and the African diaspora: from Senegal, Félicité, about a feisty Kinshasa night-club singer whose life is thrown off-kilter when her teenage son undergoes a motorcycle accident; from Algeria, I Still Hide to Smoke focuses on the secrets and camaraderie of the hammam; and two films from South Africa, The Wound, which explores male sexuality against a background of masculine initiation rituals, and a documentary Winnie about the controversial figure of Winnie Mandela that challenges many stereotypes. The Festival is also showing I Am Not a Witch, a striking fairytale about a young Zambian from Cardiff-based filmmaker Rungano Nyoni, who has just been BAFTA-nominated for her work.

Borderlines joins in celebrating the centenary of the birth  of Ingmar Bergman, one of the most influential directors in the history of cinema. The short retrospective incorporates some of his most powerful movies from the 50s and 60s: Smiles of a Summer Night, The Seventh Seal, Wild Strawberries, and Persona alongside The Magic Flute.

It’s 50 years since May ’68 when a series of demonstrations and protests brought France to a standstill, and changed the wider cultural and social landscape for decades to come. Broadcaster and Festival Patron Francine Stock has selected films around the preview of the Jean-Luc Godard biopic Redoutable by Michel Hazanavicius (The Artist) to pay tribute to the spirit of ’68. Borderlines will screen Godard’s own La Chinoise, Milou en Mai, director Louis Malle’s 1990 look back at the era, as well as the new documentary Faces Places by Godard friend and collaborator Agnès Varda.

Meanwhile, the pioneering rockumentary Monterey Pop (1968) brings to life the unforgettable music of the ‘summer of love’: Janis Joplin, Jimi Hendrix, Otis Redding, The Who, Ravi Shankar. Unavailable to view for years in any format until its restoration last year, the documentary is, with Buena Vista Social Club: Adios, one of two fabulous music experiences that will be screened outdoors at Hereford’s convivial riverside Left Bank on two consecutive nights. Food, drink and firepits will be on hand for sustenance.

Prospective award-winners are also very much in evidence in the Festival programme, notably Guillermo de Toro’s (Pan’s Labyrinth) The Shape of Water, which has picked up no less than 12 BAFTA nominations as well as the British film that debunks the American Dream once and for all, Martin McDonagh’s multiple Golden Globe winning Three Billboards Outside Ebbing, Missouri.

Among confirmed guests to the festival are: Saul Dibb, director of the piercing World War 1 set-piece, Journey’s End; Winnie director Pascale Lamche; from the BFI, critic and Bergman enthusiast Geoff Andrew to introduce the retrospective; Adrian Uttley from the band Portishead and producer Adrian Cooper will introduce their new archive project Arcadia, a poetic essay on Britain’s shifting relationship with the land; and Philip Leach who brings a lively compilation of local ATV News archive footage from the Media Archive for Central Archive from the 60s and 70s.

Borderlines continues its tradition of showcasing local films and young talent in its collaboration with The Rural Media Company, Travellers Times and Catcher Media. A continuing partnership with South West Silents brings rare silent gems, 1919 shocker Behind the Door (with live multi-instrumental accompaniment from the renowned Stephen Horne) and pioneering stop animation tale The Lost World (1925) to new audiences.

And, of course, Borderlines would not be the same without its numerous village hall screenings across the region with new venues in Knighton, Powys, and Leintwardine in South Shropshire. For the first time, there will be a two special festival screenings of Notes on Blindness at the Royal National College for the Blind (RNC).

Tickets for all venues can be purchased via the Central Box Office at The Courtyard Hereford, in person or by phone on 01432 340555 with the exception of Malvern Theatres, Ludlow Assembly Rooms, Booth’s Bookshop Cinema in Hay and The Conquest Theatre in Bromyard, where customers need to contact these venues directly.

For avid film-goers, the Courtyard in Hereford offers a Courtyard Borderlines Pass at £20/£15 concessions enabling purchasers to waive transaction charges and buy up to two tickets to any film at the venue for just £5.

Full details of the programme will be available on the Borderlines website www.borderlinesfilmfestival.org.

Tickets will be available via the Festival Box Office at The Courtyard, Hereford: 01432 340555 or online at www.borderlinesfilmfestival.org

4. Festival Background/Screen Deprivation – Borderlines Film Festival was established in 2003 as part of an Advantage West Midlands Creative Industries project to develop cinema audiences and to support regional and local film production in the rurally isolated counties of Herefordshire and Shropshire. Match funding was provided by the regional screen agency Screen WM.

By 2008 Borderlines became the largest film festival in the Midlands. Attendances grew from 4,972 in 2003 to 19,319 in 2017, and Borderlines is now one of the best-attended film festivals in the UK, bigger than many of its longer established metropolitan rivals.