So have you ever heard about the Apple Tree Man? In English folklore, he’s the spirit of the oldest apple tree in the orchard and with whom the fertility of the orchard is thought to reside.

It is said that every orchard has its own Apple Tree Man. Because he would oversee the the blossoming and ripening of the fruit and look after the farmer’s fortunes to ensure a good crop.

So there are many a tales of this spirit. He would spook and frighten anyone entering the orchards around harvest time who were intent on stealing his apples. Many others have recalled positive meetings with this spirit. There are tales of the Apple Tree Man rewarding one man who offered his last mug of mulled cider to the trees in his orchard on Christmas Eve. He revealed the location of buried gold to him, improving his prospects quite considerably. 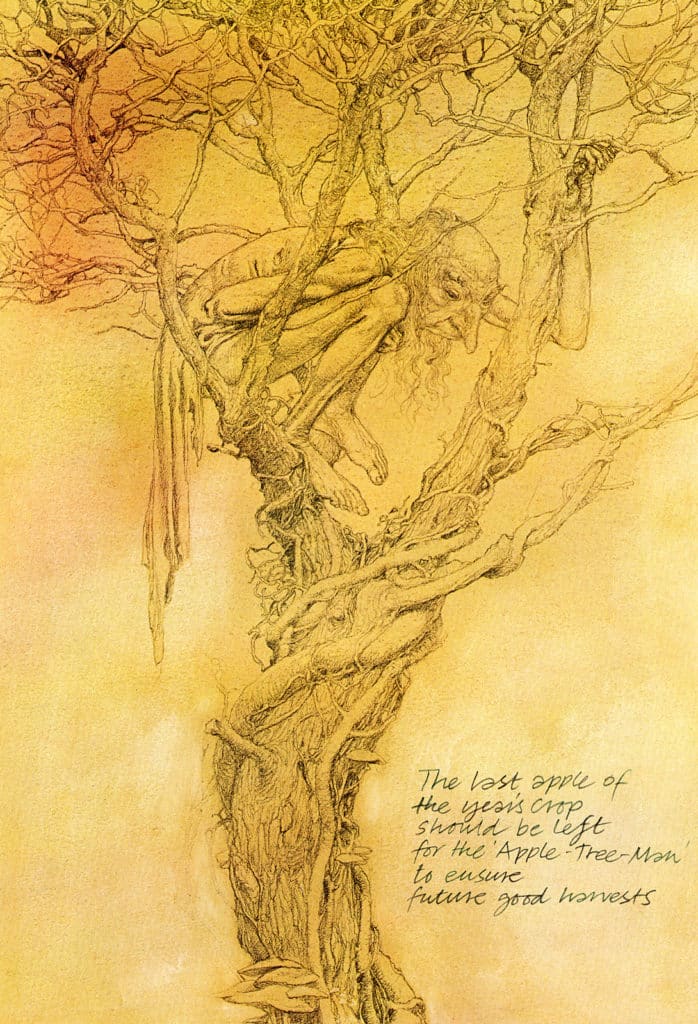 Herefordshire loves the tradition of ‘wassailing’ and if you’ve ever been you may have wondered why cider is poured into the roots of the trees. Why toast and bread is placed in the branches for the birds and shotguns fired to frighten away the witches.

But just think of the Apple Tree Man and next year’s harvest!